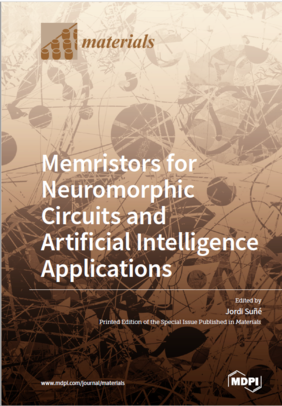 Artificial Intelligence (AI) has found many applications in the past decade due to the ever increasing computing power. Artificial Neural Networks are inspired in the brain structure and consist in the interconnection of artificial neurons through artificial synapses. Training these systems requires huge amounts of data and, after the network is trained, it can recognize unforeseen data and provide useful information. The so-called Spiking Neural Networks behave similarly to how the brain functions and are very energy efficient. Up to this moment, both spiking and conventional neural networks have been implemented in software programs running on conventional computing units. However, this approach requires high computing power, a large physical space and is energy inefficient. Thus, there is an increasing interest in developing AI tools directly implemented in hardware. The first hardware demonstrations have been based on CMOS circuits for neurons and specific communication protocols for synapses. However, to further increase training speed and energy efficiency while decreasing system size, the combination of CMOS neurons with memristor synapses is being explored. The memristor is a resistor with memory which behaves similarly to biological synapses. This book explores the state-of-the-art of neuromorphic circuits implementing neural networks with memristors for AI applications.